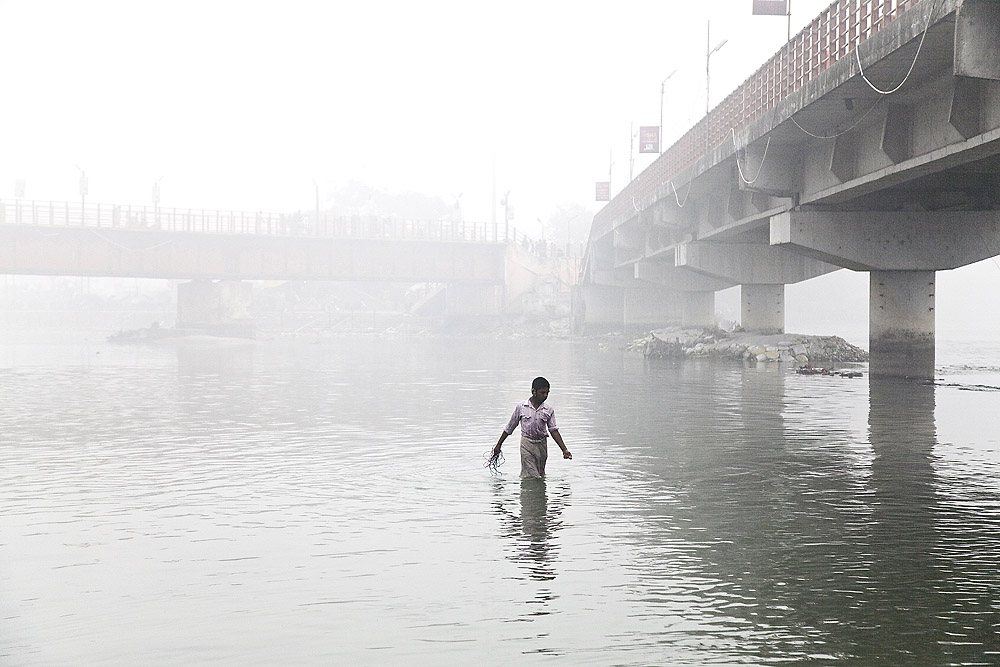 After a few days in Rishikesh it was time to move further down river onto the holy city of Haridwar. It’s only a short distance from Rishikesh but as I drew closer I realised that there were a lot of people heading in the same direction
This meant there were photo opportunities in the traffic jams as we approached, this inquisitive girl in the auto rickshaw next to me was one example. 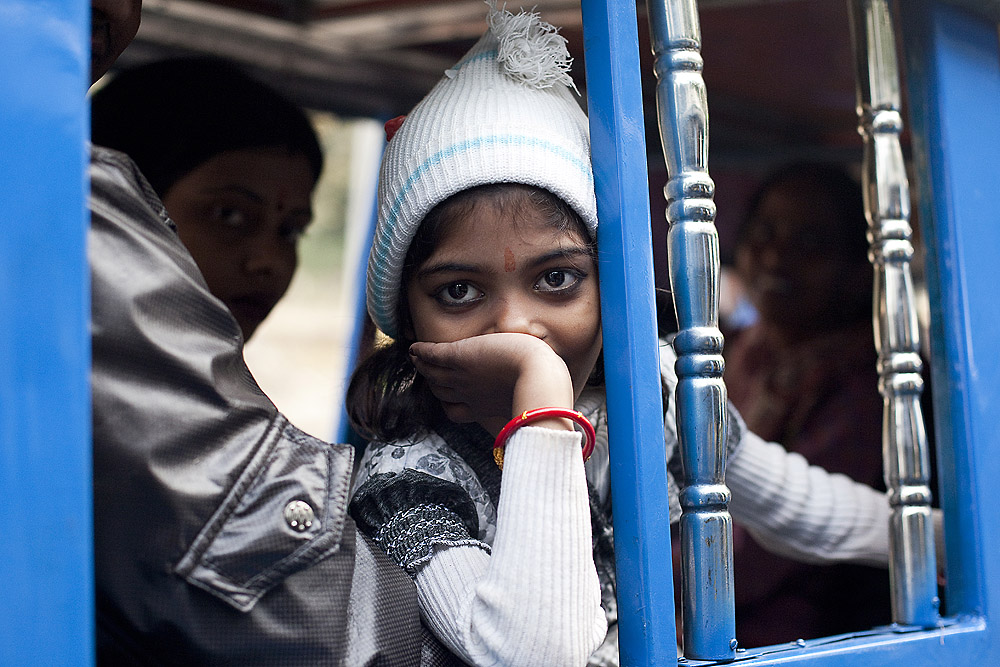 My initial reaction on arriving in Haridwar, if I’m honest, was to get out of there. After the calm fluffy atmosphere of Rishikesh this was a shock. The main Bara bazaar where I was staying which led down to the main bathing ghat was so hectic it would give the Pharganj in Delhi a run for it’s money.

But after a few days in Rishikesh, which caters mainly for Western travellers looking for the answer I was looking forward to a dose of the real and this place was certainly it. Don’t get me wrong Rishikesh is pleasant but the only Indians you’re likely to meet regularly are the auto drivers while the rest of the town is populated by Western tourists and cheerful but homesick Nepalis working in the restaurants.

Haridwar is a major pilrimage site on par with Varanasi and it doesn’t need Western money, it does well enough from the visiting Indian pilgrims ranging from barefoot peasants from Rajasthan right up to the middle class families with their plump children in from major cities such as Delhi and Mumbai.

It turns out the my visit is coinciding with the build up to the festival of Shivratri in honour of Lord Shiva himself. People are flocking here to collect Ganges water which is then carried in an object called a Kaawar back to their homes. While this means that the bustling town has proved great for capturing images the downside is that finding accommodation and getting a decent nights sleep has been almost impossible. Not to grumble though, I’m just about to check out of the hotel I’m currently in to another further away from the Bazaar which has been recommended to me by another (rare) tourist here. 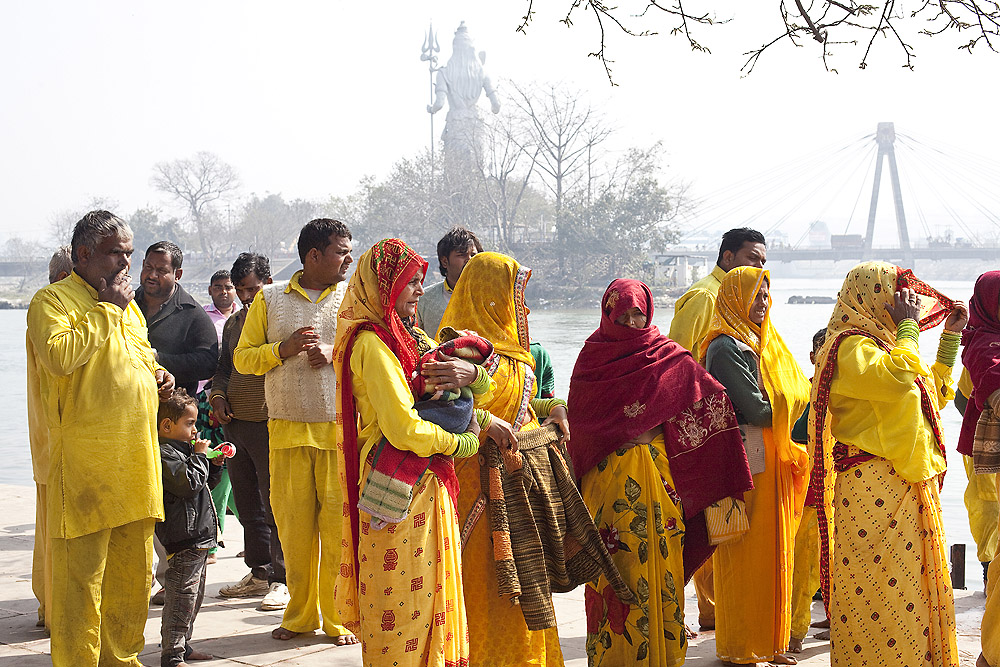 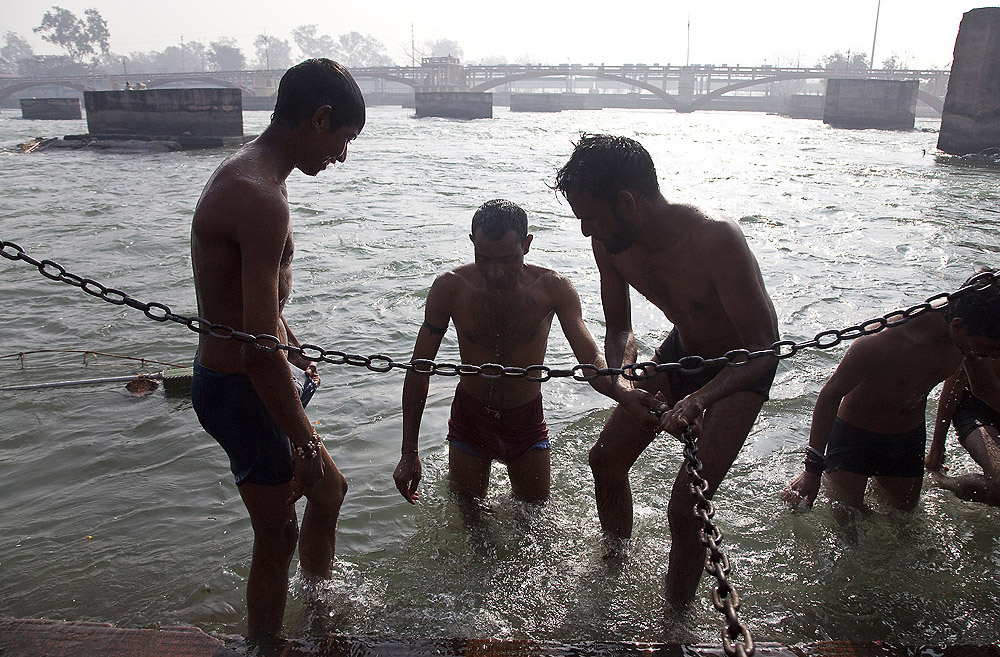 The main reason I’ve put up with two days without sleep in this hotel is that it has a fast open wi fi connection. Of course as I’m making this trip I want to share my progress on the website but Indian wi fi connection and internet speeds can be rare and painfully slow.