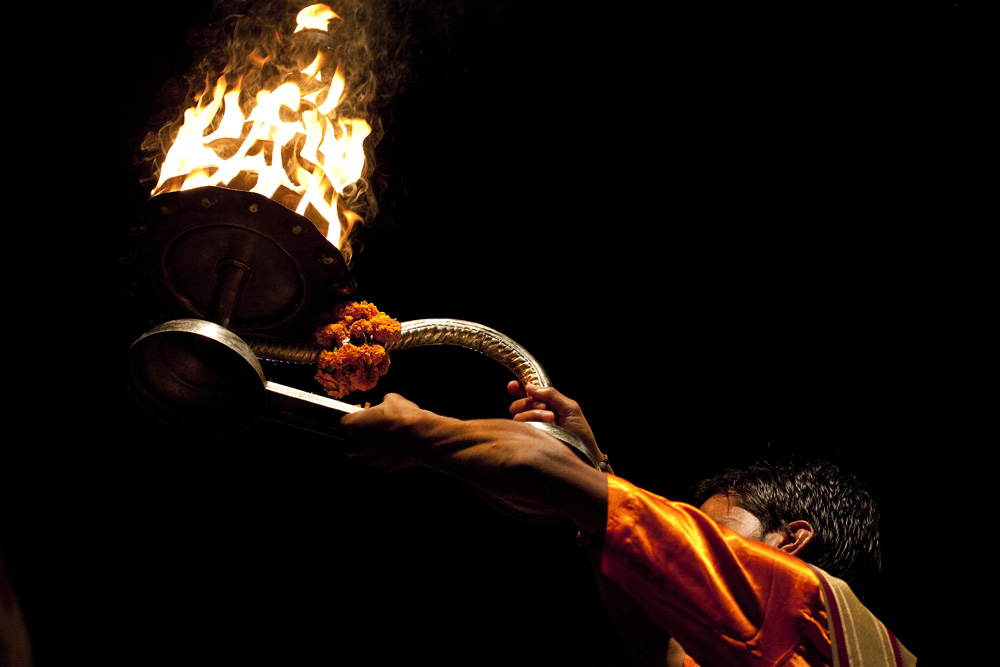 The Aarti ceremony held each evening at the Dashashwamedh ghat (bank) in Varanasi is certainly something to be witnessed. The ceremony is held in honour of Lord Shiva and in Hindu mythology it is said that Lord Brahma created this very ghat to welcome Lord Shivas arrival.
On my first trip to India in 2011 it was this ceremony that made the greatest impression on me. In my previous two visits to Varanasi I’d both photographed and filmed it extensively so this time I wanted to try something a little different to hopefully capture it in a new light

As the ceremony unfolds prayers are sung accompanied by the ringing of many bells and the spectacle is presided over by a group of priests who on platforms orchestrate this Agni Pooja (worship to fire). Incense is burnt and petals are scattered but at the heart of proceedings are the ceremonial Aarti lamps which swung and held aloft act out the dedications to Lord Shiva, River Ganga, Surya (Sun), Agni (Fire) and the universe. 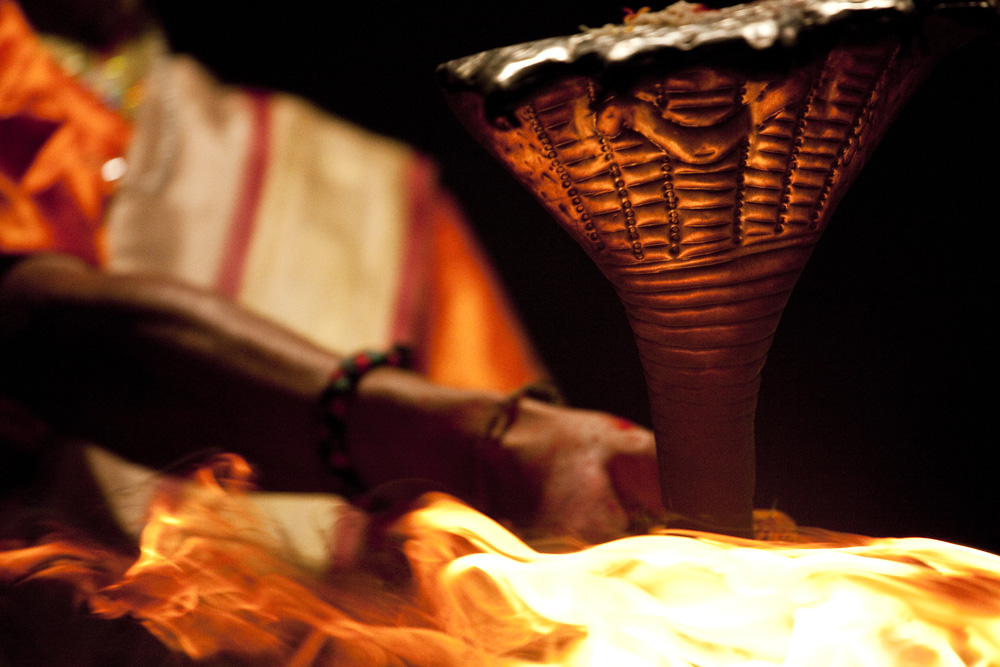 I decided I’d like to concentrate on the details and elements of the ceremony, the lamps in particular. I knew to get there early to get a place close to the priests and photographed the event with a 70-200mm lens on my Canon 5D MKII. I did have the option of using this lens on my second body (a 7D) which would have given me even more reach due to the cameras cropped sensor but decided to settle with the 5D. My reasons for this were that as I would have to shoot these images at quite a high ISO the full frame sensor of the 5D would handle the resulting image noise much better than it’s counterpart.

By metering for the bright flames I was able to eliminate virtually all the ambient light, drawing the eye to the lamps and giving these images the impression of shots taken in a studio. 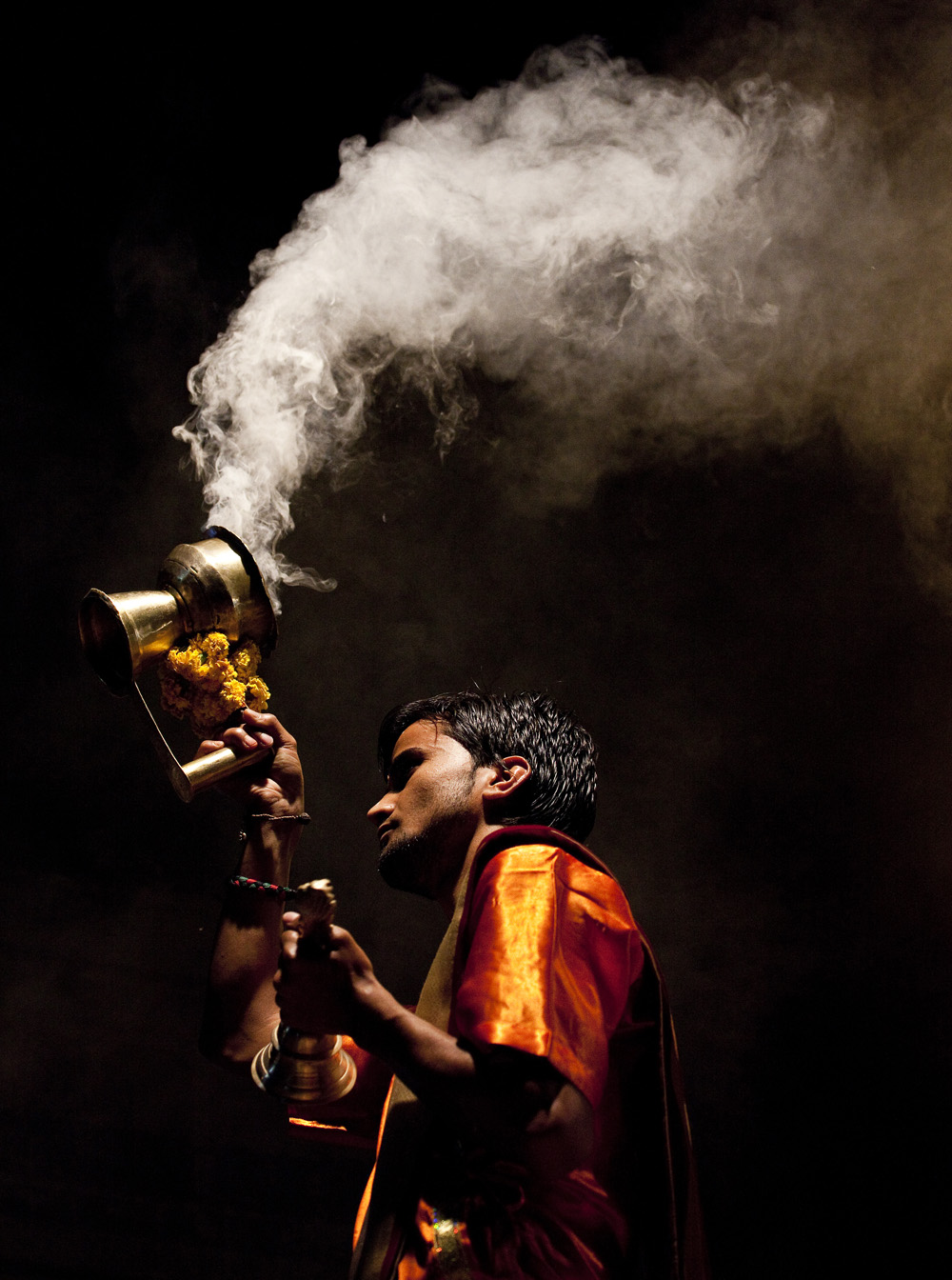 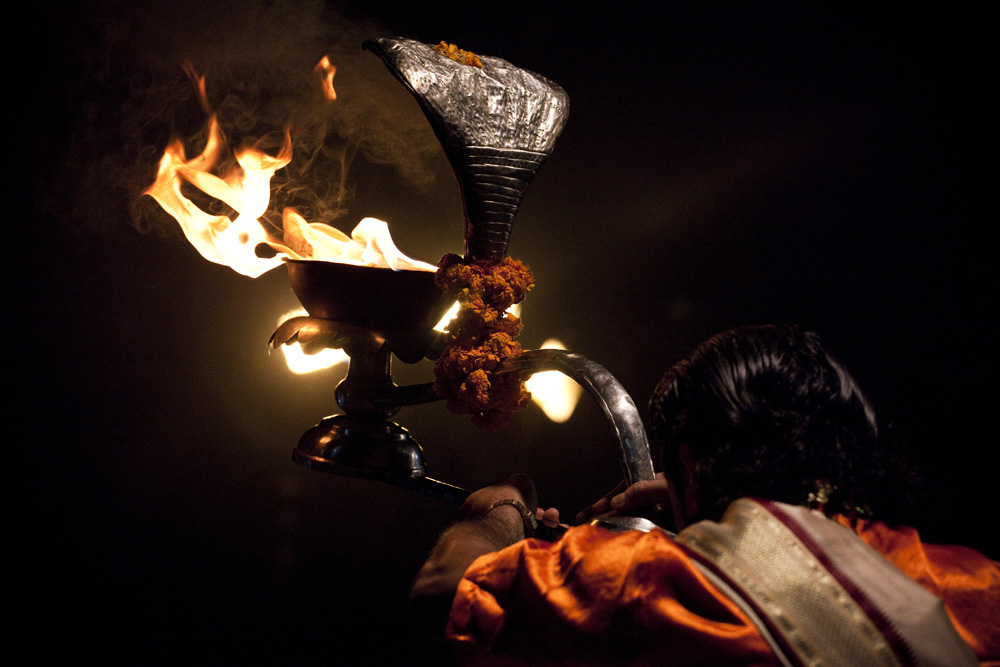 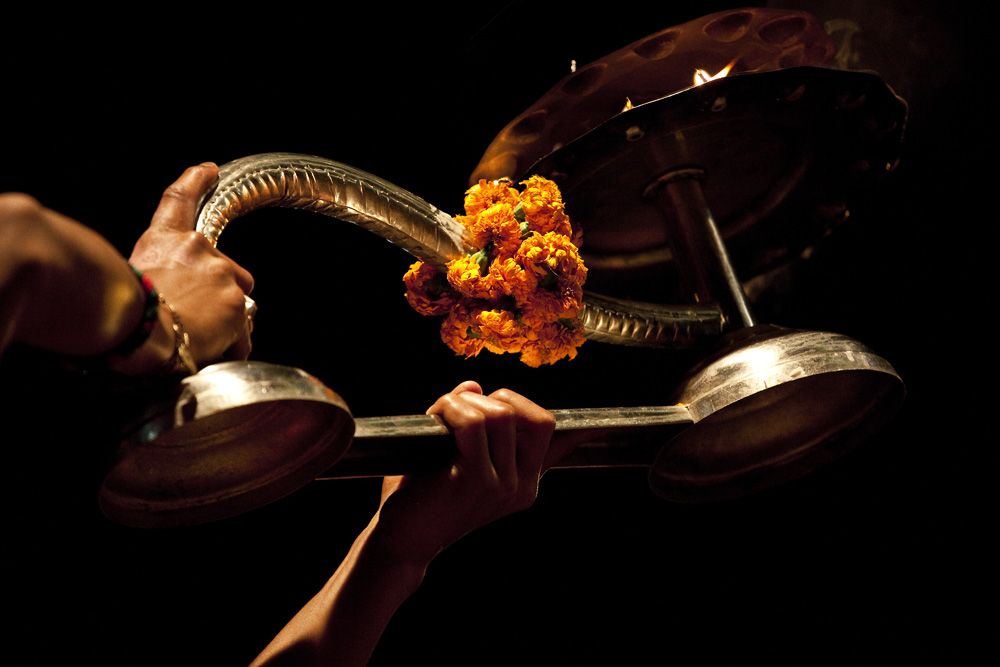 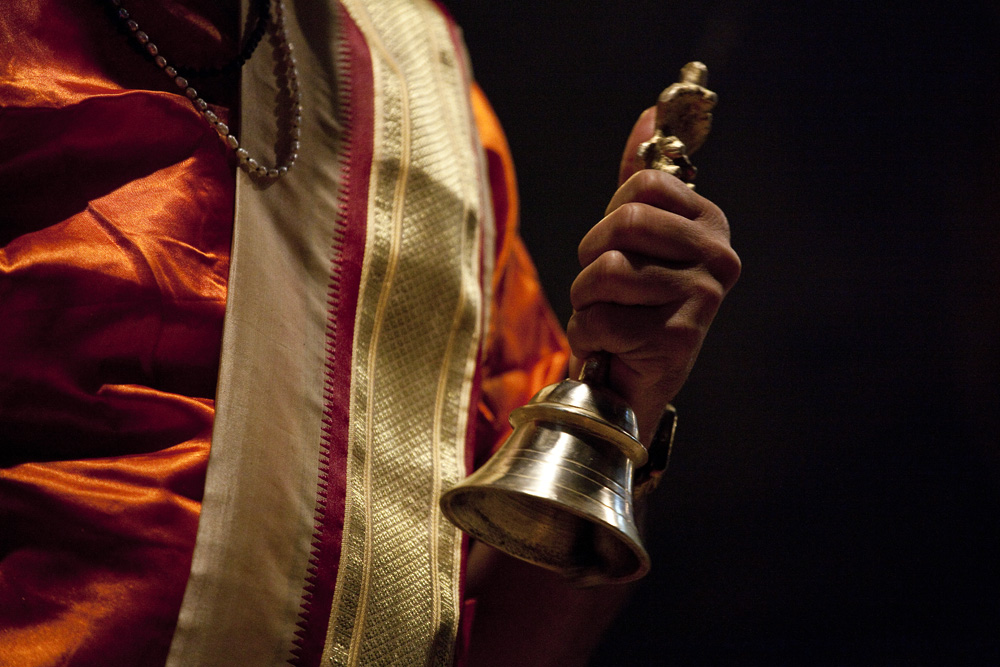 To give you a sense of the context for these images below is a shot of the ceremony that I took during my first visit in 2011. If you click on the image it will take you directly to a gallery on the website containing selected images from the voyage which besides from Varanasi also took me West across the state of Rajasthan. 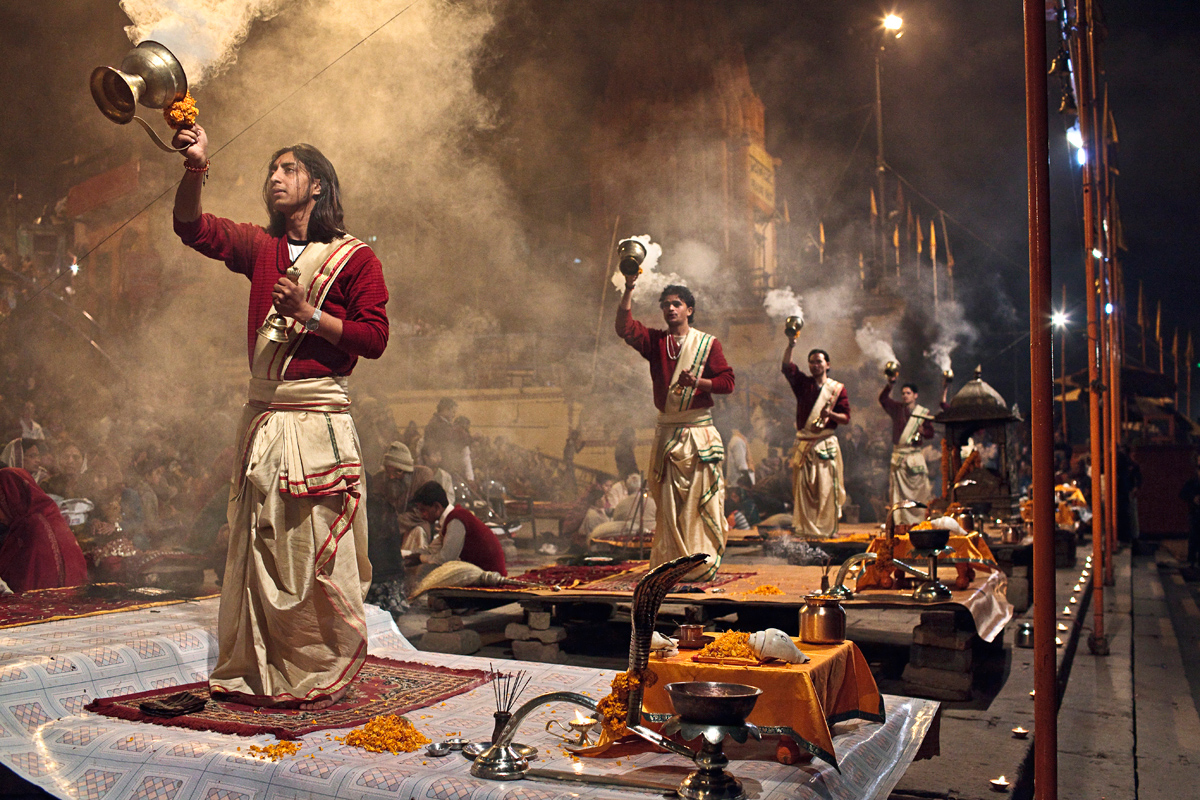 I was back again in Varanasi two years later in January of last year, during this visit I decided to work on a project filming a day in the life along the banks of the river. Although I didn’t realise it at the time of filming this project became the catalyst for this new voyage along the rivers entire length.
The finished piece contains lots of footage of the ceremony where you can see (and what’s more hear) it unfold in all it’s glory. As with the image above if you click on this image it will also take you directly to the ‘Video’ section of the website where it can be played. 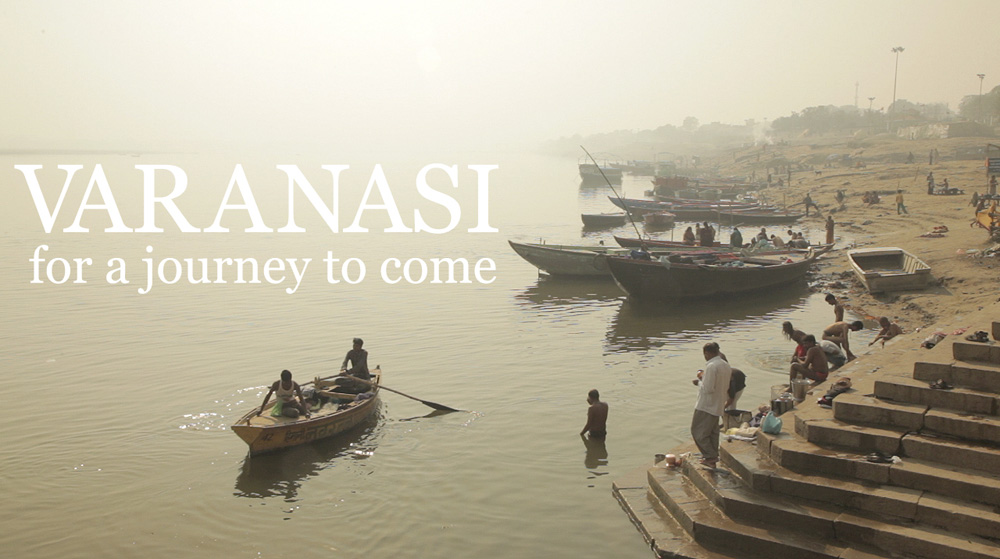 Here are some more images from the evening. Now I just have to think about another new way to capture it for the next time I visit. 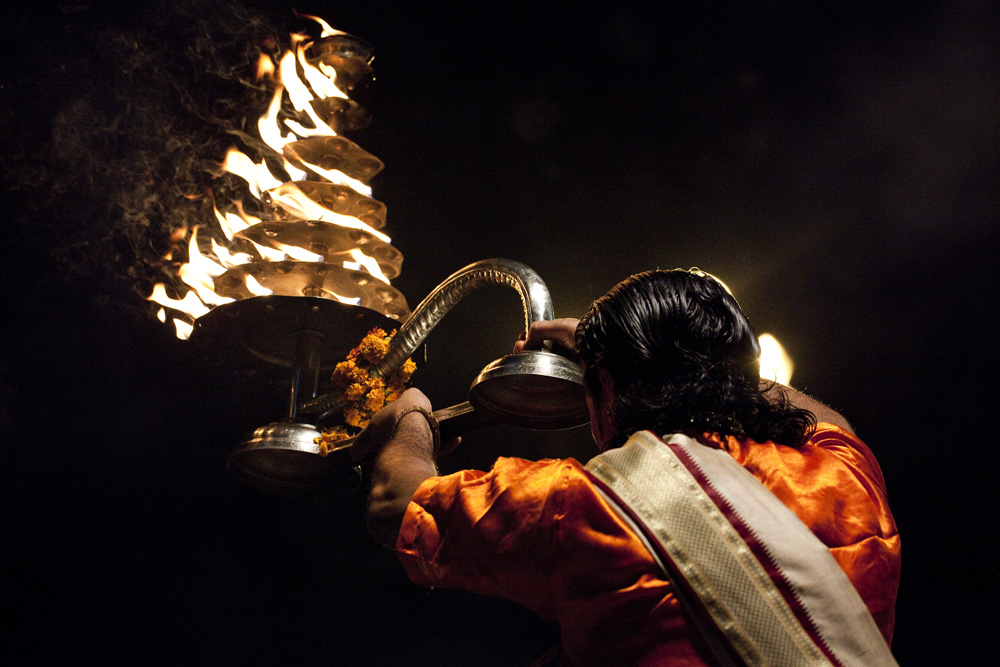 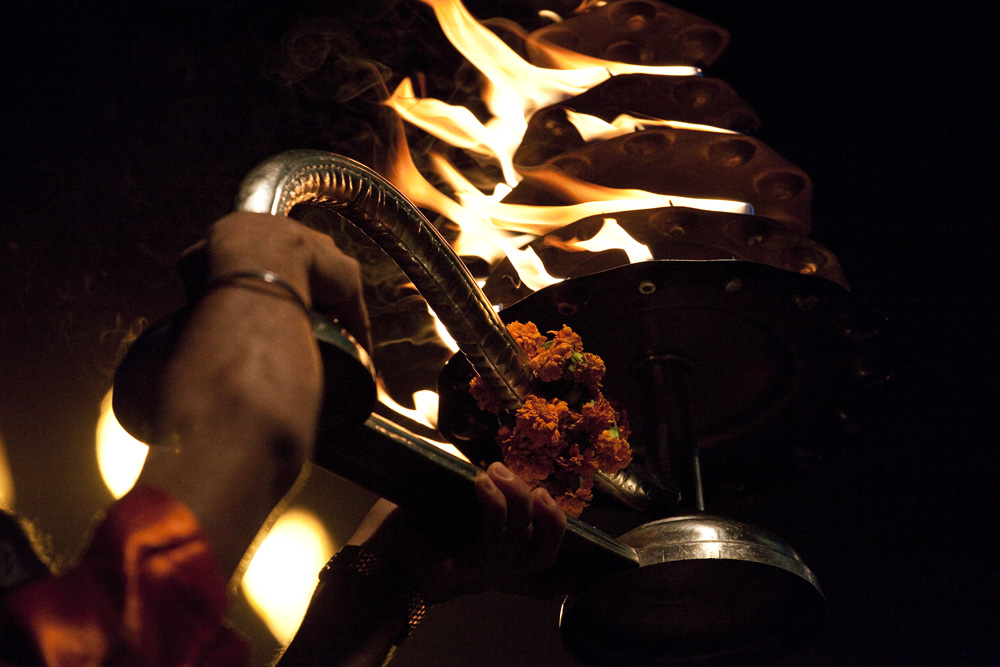 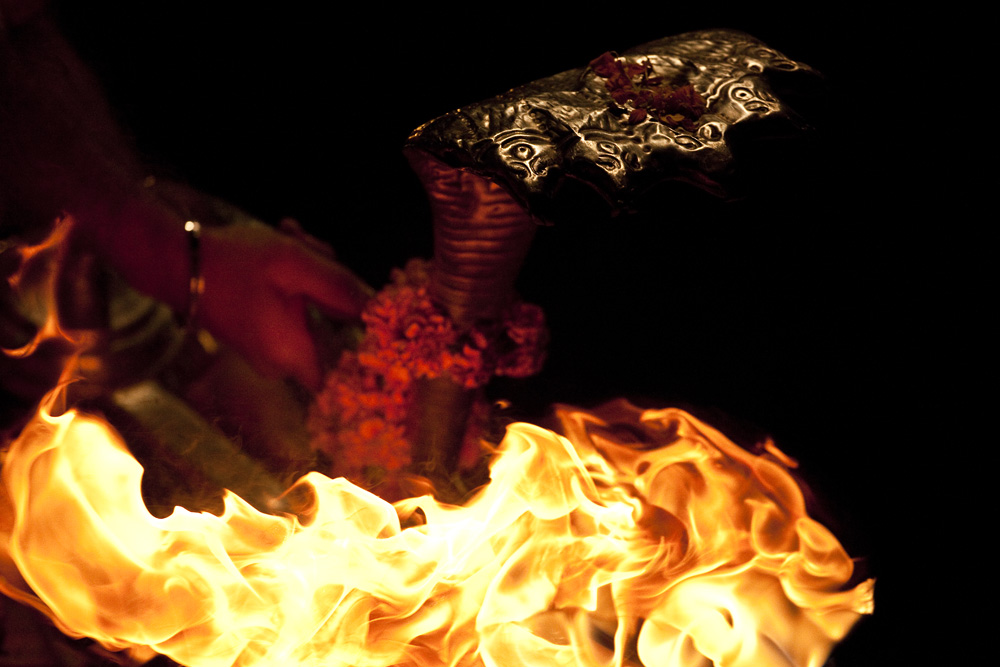 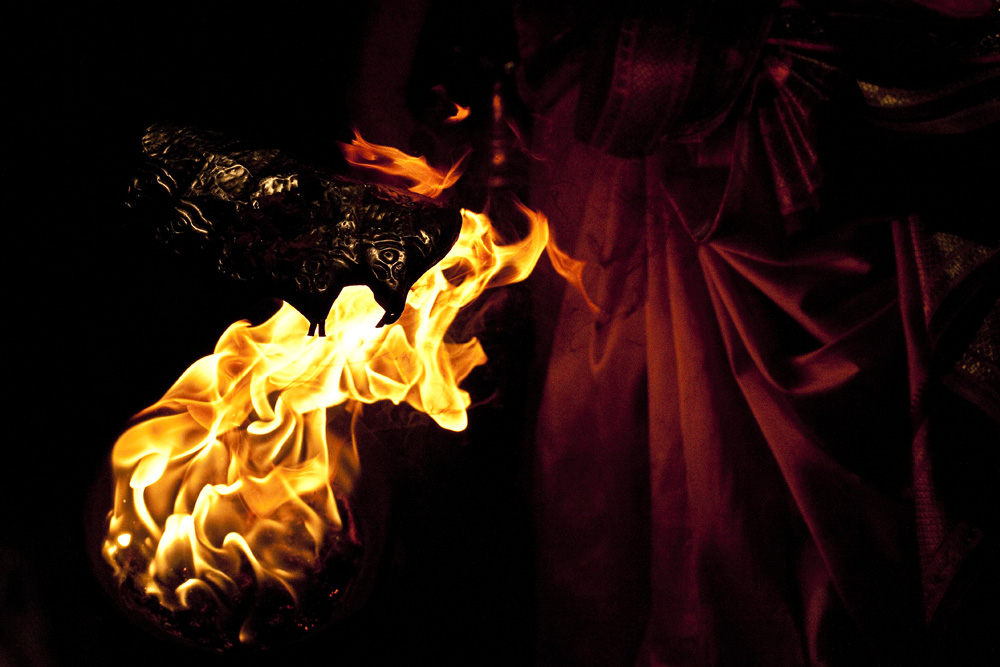 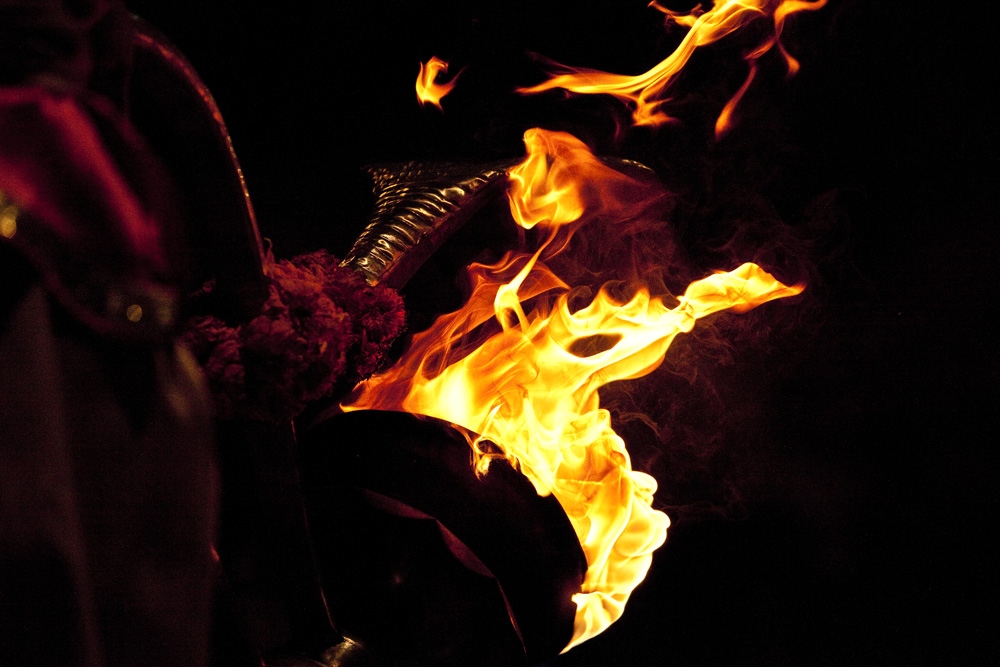 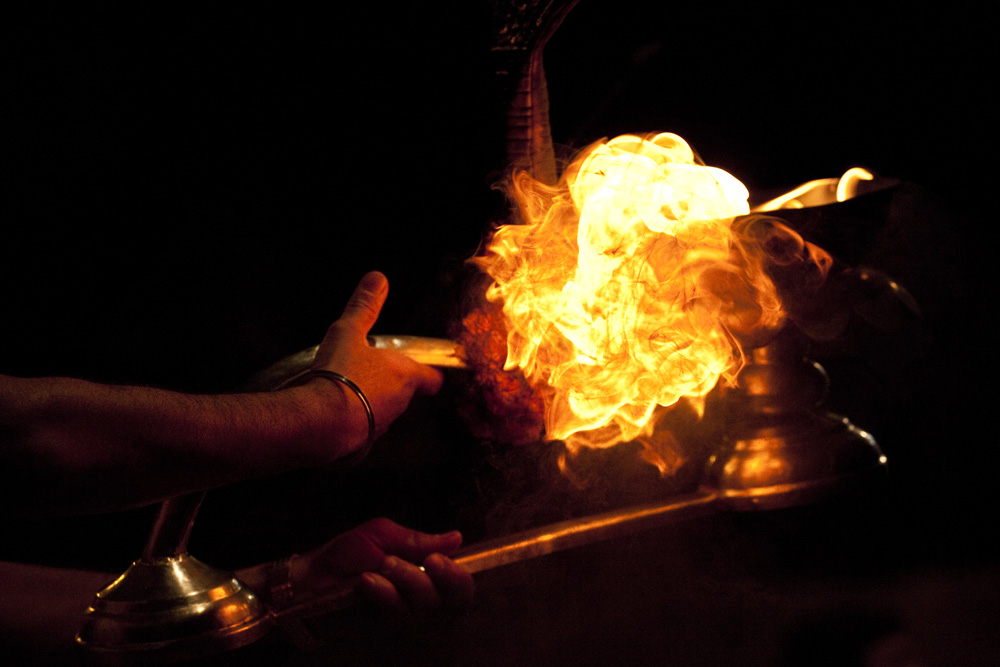 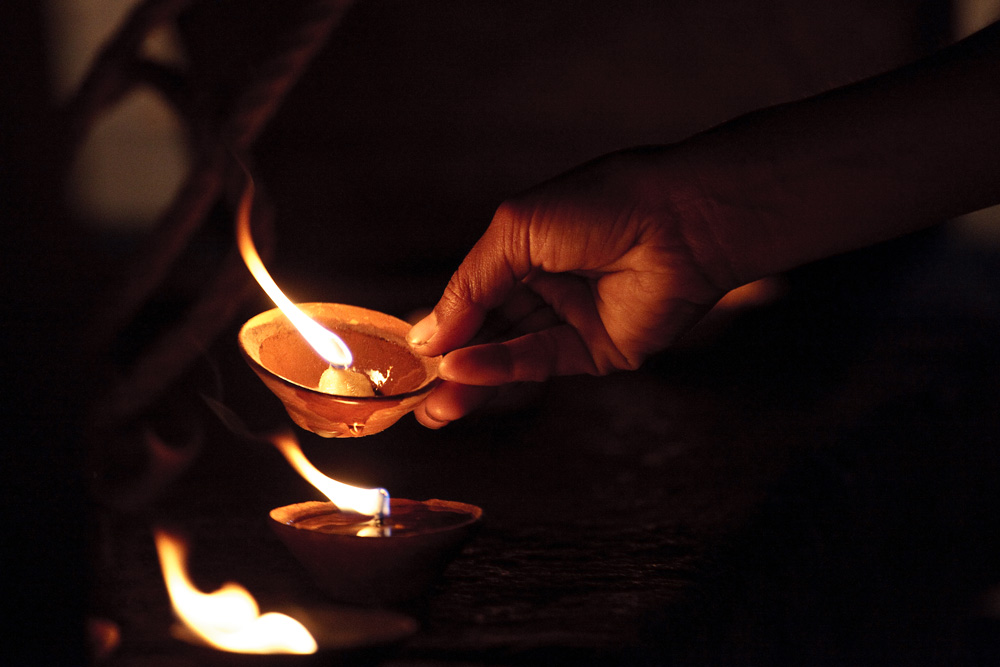